My dad had often spoken about publishing his memoirs. He had written twenty stories that traced his steps from boyhood to manhood from the early 1920s to the late 1940s. These tales painted a picture of a young dreamer, inventor, poet, optimist, dancer, romantic, friend, pilot, engineer and jokester. 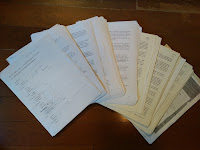 When my dad's health began to fade in the fall of 2014, he gave me his master binder of stories including detailed notes on how he wanted them formatted. In August, I started working in earnest on organizing, editing (very lightly) and formatting his words. I also added photos from his youth to provide visual context for his adventures.

On December 3, My Best 80 Years: The Lifetime Recollections of Donald Charles Buckley was published in soft copy and electronic versions on Amazon using its CreateSpace platform. By year's end, the electronic version will also be available on Apple, Kobo, Barnes and Noble and other book retail sites. 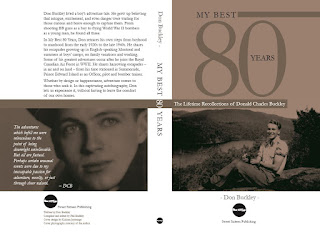 I learned a lot from the long, detailed and sentimental process of publishing my dad's memoirs. I have a greater understanding of his essence, including his values, personality, motivations and humour. I also learned a lot about how I have been influenced by my upbringing, especially how my dad, mom and brother have shaped my essence. Finally, I learned a lot about self-publishing, skills I will use as I write my next book. 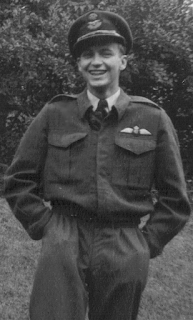 This week, I have been sending copies of my dad's memoirs to family members and friends–those who knew Don as a brother, uncle, wartime sweetheart (can you believe it?) or friend. I have also contacted historical societies that may learn from my dad's reflections. The more people who can benefit from my dad's words the better.

After fifteen reads, I still find my dad's stories fascinating. They are etched in my memory and are still influencing me. Maybe this is what leaving a legacy is about: to positively influence people who remember you for it.

I attended a cousins' reunion last month. When I shared the news about my dad's memoirs, one of his nephews said, "Uncle Don," with a smile, "Everyone loved him." That sounds like a legacy to me, one that is important to share to all.