Abundance Versus Scarcity? Your Choice will Shape Your Opportunities 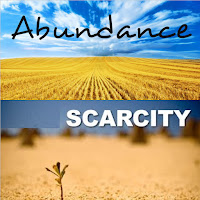 One of my favourite management concepts is the 'abundance versus scarcity' mindset dichotomy popularized by Stephen Covey.

I experienced an abundance mindset a couple of weeks ago when I received an email from someone I had worked with 10 years ago. He was interested in partnering his consulting firm with mine on a technological change project.

We set up a call for the following week with someone from his firm and a partner I thought might also be interested in this type of work.

It was a good call. After introducing ourselves, we discussed the high-level parameters of the assignment. It felt like an abundance mentality moment, one that was inspiring, productive and fun. Everyone was looking for ways to win the contract for our mutual benefit.

That evening, my friend and I reviewed the detailed 'request for proposal' provided by the company and initial timelines our new partners had made. 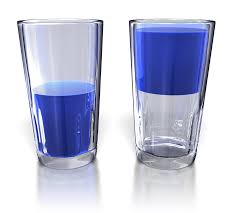 The next day we sent our analysis and recommendations back for review. Although the project was not a good fit for my technical qualifications, my partner was an excellent match. It felt good to develop and share my analysis even though I wouldn't be on the team.

Today, I shared this story with another friend. She said she has decided to only take on assignments involving people who are positive, collaborative and interested in everyone's success. Anything else would be a waste of time. A light went on in my head.

Stephen Covey said "I have an abundance mentality: When people are genuinely happy at the successes of others, the pie gets larger." I know my next opportunity isn't far off when working with this type of mindset. It won't be hard to identify.

10 Must-do's When Ending a Project

Last Friday, I completed an assignment I have been working on for a year.

It felt strange to leave an initiative that has monopolized my waking and sleeping hours for so long. One minute I'm attending meetings and completing tasks and the next I'm not.

The ending of an assignment is my least favourite phase of a project because:


Transition planning is important for success. As someone once advised me, "people only remember beginnings and endings; everything else is grey". Unless something has gone very wrong in the middle, the beginning and end define the perceived success of an initiative.

Not everyone follows this advice. I have observed leaders who have quickly exited a project, motivated by the prospects of a new role. Invariably, this impacts people's views on the level of success and how the project was managed.

So here are 10 ways to end a project well: 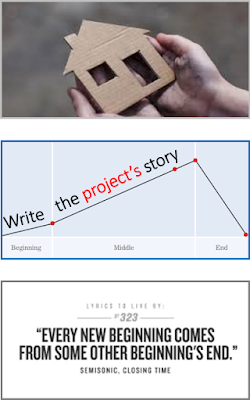 How you end a project has significant impact on its and your success. Doing so with the same commitment and rigour as you had at the beginning (and middle) phases ensures that you will transition well. It also prepares you for a new beginning.

Phil
Posted by Phil Buckley at 09:20 No comments:

Maximize Your Team’s Performance by “Leading Inside the Box” 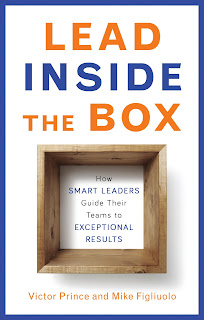 Have you noticed that many leaders manage their teams on the fly, investing little thought to where and how they allocate their time among their team members? They do so without prioritization, either allocating time equally across each team member or giving as much time to each individual as they demand. Their leadership role in performance management is neither strategic nor well-planned.

Lead Inside the Box, How Smart Leaders Guide Their Teams to Exceptional Results provides a simple and effective approach to assess and manage your team’s effectiveness. Victor Prince and Mike Figliuolo have created an assessment framework called the Leadership Matrix. The matrix lays out four distinct employee profiles based on behavioral characteristics individuals demonstrate. Each profile is defined by the level of output the employee produces in relation to the input required from the leader to achieve productivity.

The Leadership Matrix gives you a picture of your team’s collective and individual strengths and opportunities for improvement. It also provides the foundation for a plan to realign how you spend your “leadership capacity” to maximize individual and team performance.

After clearly explaining the assessment process, the authors provide advice on how to allocate your time across behavioral types to maximize performance. Strategies and tactics are outlined for each type that easily translate into a development plan.

The book also offers guidance on leader scenarios including taking on a new team, leading a team you were a member of, a reorganization and a reduction in team size.

What I find fascinating is that shortly after learning the four employee types, I have been compelled to begin assessing the teams of leaders I work with. I first identified a High Cost Producer, Squeaky Wheel mid-manager who produces results, but monopolizes the leader’s time. Most of this time would have been better spent with another team member, an Exemplar, Rising Star, who is an effective, self-starter destined for senior roles in the company. And then there is the Passenger, Stowaway, a low producer who lacks drive and only appears to do the bare minimum in his role. The leader needs to “Lead Inside the Box.”

The team assessment is easy to complete based on the behaviors displayed either in one-on-one or team meetings. Each Leadership Matrix reveals the pattern of where people are concentrated across the four profile types. This picture is helpful to see where your team is skewed.  Opportunities for performance improvement are also easy to spot based on the guidance provided throughout the book. 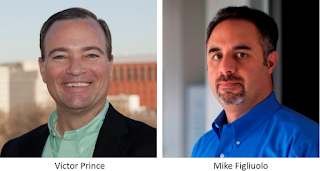 Lead Inside the Box is a great read for any leader (or developer of leaders) who wants a simple and effective way of maximizing their team’s performance. It provides a framework, assessment process and development advice that are relevant, practical and effective. It is the perfect guidance to elevate a leader and his or her team to the next level.


Phil
Posted by Phil Buckley at 08:07 No comments:

Where to Invest Your Change Resources: Building Awareness, Capability or Sustainability?

One of the key decisions in planning a big change initiative is where to place resources (people, time and money). Given limited resources, you need to decide where they are best placed. Knowing how people take on new ways of working that enable successful change will help you make the best choice.

Awareness: Understanding what the change is and why it is needed, what will be different for them and how it will impact their roles

Capability: Practicing new routines (either before or after the change), establishing new relationships and making adjustments to optimize their new ways of working 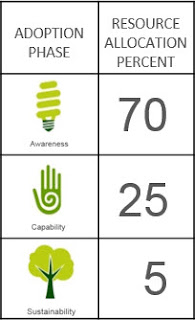 Most organizations focus the majority of their resources on the first phase, building awareness of the change before it is made. This 'big bang' approach gets attention and builds excitement and support for the change.

This approach to change is easy to do because a mandate for the change has freshly been set, leaders are engaged and resources are available. Demonstrating importance and commitment makes sense and a quorum of leaders are on board.

The problem with this front-loaded approach is that it doesn't build enough capability or integrate new ways of working into day-to-day practices. Like a fire built mostly of paper, it burns brightly for a few minutes and dies out quickly.

Often, this approach becomes a progressively negative element of an organization's culture as every change is managed this way. It doesn't take long for people to become skeptical of change when it doesn't stick. They take on a "wait and see" approach to adopting new ways of working. Without a critical mass of support, the change doesn't take hold and it fails. A self-fulfilling prophecy is created as the skeptics say "I told you so."

It only gets worse with time. Leaders begin to face credibility issues because people notice that early commitments and promises are not delivered. The employees who initially believed what leaders say in townhall meetings and email often  become the most cautious when the next change is announced. "Fool me once, shame on you. Fool me twice, shame on me" becomes their armour against future disappointments. 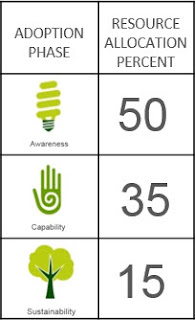 A better approach is to divide resources more evenly across the three phases of adoption. There still is an initial drive to communicate the change, yet it is followed and supported by an equal drive to build skills and integrate new ways of working into regular operations.

Investing in capability building and assimilation will increase people's confidence in the change and encourage them to take on new activities, relationships and behaviours--when you do things well you tend to own and support them more.

This approach also establish a winning foundation for future changes. It increases leaders' credibility and reputations for "walking the talk" and being change agents .Future changes are viewed with more optimism and confidence. Also, an expertise in change develops that becomes a positive part of an organization's culture--"We rock change."

Most benefits are realized after change is made by well-skilled people who take on new ways of working that are supported by their organization. Investing resources across awareness, capability and sustainability activities greatly increases your probability of success. It makes sense and it feels good too.

Phil
Posted by Phil Buckley at 10:45 No comments:

How to Spend an 8-hour Layover at Tokyo Narita Airport

This week, I co-facilitated workshops in New Jersey and Singapore. There was just enough time to travel between the two locations through Tokyo.

I am back in Tokyo, 5 hours into an 8-hour layover. It's a luxury to have so much time to do what you please, even if you are jet lagged. Here is how I have spent my time:
International travel still fascinates me (even when I am jet lagged). One more for the list: Be grateful for these experiences.

Phil
Posted by Phil Buckley at 02:04 No comments: