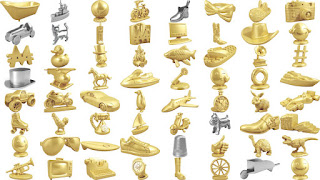 In January, Hasbro invited people to choose the next set of Monopoly game pieces through an online voting campaign. The company presented 64 figurines to choose from including the eight already in play.

Change is no stranger to “the world’s favourite family game.” Over the years, new pieces have been introduced (1937, 1942, 1999, and 2013) and rules modified. Also, a multitude of special editions have been launched including localized and themed boards, special dies and a 'no-money' electronic banking format. Over 300 versions of the game demonstrates that Monopoly moves with the times.


Hasbro's approach to modernizing Monopoly is a master class in change management practices to help people adopt change with the least amount of disruption. Here is a list of strategies that helped them manage their latest transition:

Provide opportunities to co-create the future
Hasbro reached out to game players with the goal of assessing its current pieces and deciding what, if any, changes were needed. "Only time will tell if fans will decide to stay with the classics, keep a few favourites or pick an entirely new line up of tokens," said Jonathan Berkowitz, Senior Vice President of Marketing. The open crowdsourcing approach was balanced by strategic oversight. The set of piece options was determined by the company as was the decision to colour the new pieces gold. Co-creating change is the best way to align strategy and execution.

Engage people to maximize participation
The company leveraged its long and evolutionary history, sharing stories about each piece and what it represented at the time it was introduced. Promotional materials added excitement and passion by encouraging people to "save their favourite piece." Collectives were quickly formed through social media to encourage voters to lobby for their best-loved pieces: Singer Sewing Machine Company rooted for the thimble, Ace Hardware got behind the wheelbarrow, and Zipcar defended the race car. Rallying around common beliefs leads to spirited support.

Be clear on how decisions on what is changing will be made
The election process was simple. The eight tokens receiving the most votes would win. After voting closed, scores were shared under the banner "the global Monopoly community has spoken." Knowing that the Scottie dog was most popular with 212,467 votes and the rain boot came in last with 7,239 added transparency and legitimacy to the process. Hasbro also provided commentary, such as the boot being voted off first, to provide context for the data. Clearly communicating decision rules increases trust and acceptance and decreases frustration and resistance.

Honour the past
Hasbro is proud of Monopoly's past. It highlighted the game's popularity around the world and loyalty people feel toward it. After announcing the winners and losers, Jonathan Berkowitz empathized the emotional connection people have with their favourite pieces. "We were a little bit surprised that the thimble got among the lowest votes because it's been in the game for so long. Personally, I've always especially liked the boot token." For nostalgic fans, the company is offering two special editions before the new one is released: Monopoly Token Madness includes the eight current silver tokens and an assortment of eight golden new ones, and Monopoly Signature Token Collection includes the full set of 64 contenders. Celebrating the past lets people give tribute to their accomplishments before applying themselves to create new ones.

Raise expectations for future changes
Change is a continuum that must be managed. Building a culture of perpetual change encodes it into people's mindsets so they can anticipate and prepare for it. After reminding fans of past changes, Jonathan Berkowitz expressed openness to new ones to come: "We want [our fan base] to continue to weigh in with ideas." Managing expectations around change helps people be their best when faced with it. 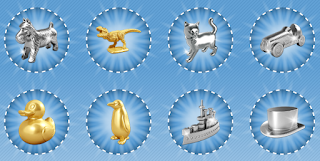 These strategies apply to any organization going through change. Co-creation earns people's participation and making the task personal inspires engagement. Honouring the past helps people pay homage to it before moving on to create the future, one that is guided through clear direction and realistic expectations.

"The next generation of tokens clearly represents the interests of our fans around the world and we're proud to have our iconic game impacted by the people that feel most passionate about playing it." By following these strategies you might be able to say something similar about your organization.